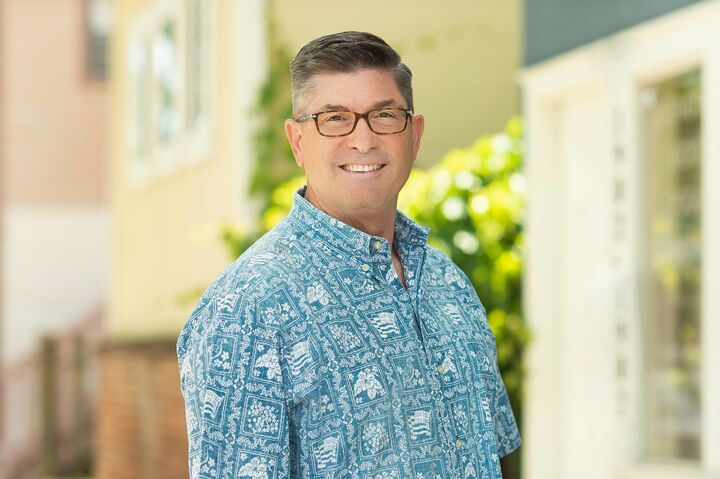 Consent to Contact
I consent to receive marketing content from and licensed agents within. This includes, but is not limited to, relevant market reports, listing information, newsletters, and event info. Consent can be withdrawn at any time by clicking the "unsubscribe" link contained in any email.

After spending 27 years in
Northern California's real estate industry Mike Giancanelli continuously finds
new ways to serve the needs of his clients. Mike is not only a hardworking
agent and tough negotiator, he is also friendly and compassionate. These traits
allow Mike to focus on some of the undeserved areas of real estate, allowing
him to aid people in some of the more stressful times of their lives. Mike’s
big heart and focused disciple make him a great asset to the CARLILE team.

When Mike isn't work hard for his
clients, he enjoys spending time with
his wife, Sally, and three sons, Michael IV, Matt, and Nick. All three
boys attended St. Ignatius Parish School, then Jesuit High School and each went
on to graduate college. Michael IV graduated from
Chapman University, Matt graduated from Cal Poly, San Luis Obispo and Nick will
graduate next year from the University of Arizona. Sally is an Advertising
Representative for Inside Arden and was an active member of Junior League of
Sacramento. The Giancanelli’s moved here from Southern California in 1990 and
have lived in the Sierra Oaks and Arden Park area since. What attracted Mike to
the Sacramento area was the beauty of the Delta and Sacramento property values.


When the boys were young they
enjoyed hunting pheasant. This was something Matt and Nick appreciated doing
yearly with their father. Michael IV and
Matt participated on the Donner Ski Team. The boys
skied every weekend during the winter months while Michael participated in ski
patrol. All three boys were avid swimmers growing up and eventually became star
water polo players. Every summer the boys swam for the Rio Del Oro swim team.
Matt and Nick made the National Water Polo Team and eventually the Olympic
Development Program. Michael IV went on to play water polo for Chapman
University for several years.

Mike will go above and beyond for
everyone of his clients. He is very familiar with aiding veterans in
purchasing a new home and will personally go to his clients current home to aid
in finding the necessary paperwork, navigate the VA website and breakdown the
home buying process. Mike will go to any length to make sure his clients always
feel at ease while purchasing their new home.


Not only does Mike have decades of experience
buying and selling homes he also has experience with 1031 exchanges, probate
and selling duplexes. He is hardworking, informed, genuine and
sympathetic. Mike has played a large role in creating the amazing culture at ERA Carlile Realty Group.

Thank you for your inquiry.